Once you have set up yanc using this link, we now need to run yanc filesystem, yanc-of-adapter and mininet.

Go to yanc folder and run the following command:

This will mount the yanc filesystem under /net directory.

This will start yanc-of-adapter at port 6633 on the localhost. It will use unix:path=/var/run/dbus/system_bus_socket as the D-Bus for IPC (read about D-Bus here).

Note: You must have root privileges to run above command.

Mininet is now running with the topology depicted in the below figure: 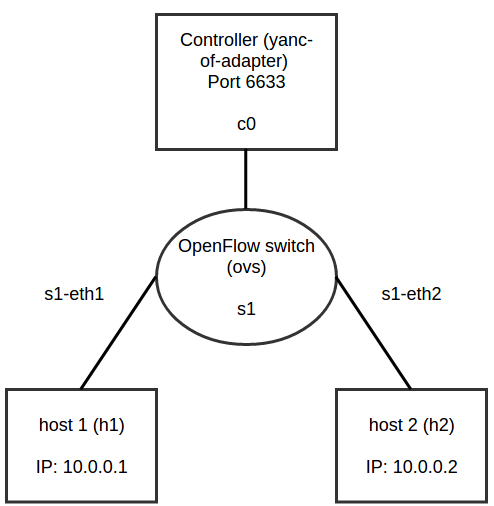 Great! You just completed the 2nd tutorial of the series. Will be back with more awesome stuff shortly. Stay tuned.

How to create a Media Server out of a router

Yet Another Network Controller (Part 1) – Getting started